The incredible Awesome Woman of the Day is Ursula Sladek, who started a successful cooperatively-owned  green energy company.

After the disaster at the Chernobyl nuclear plant it was revealed that radioactive isotopes had landed in the Black Forest region in western Germany where she lives. Children could not play outside for two weeks (and even 25 years later mushrooms from the forest are not considered safe to eat). Sladek and her husband Michael formed “Parents for a Nuclear Free Future”and began researching alternative forms of energy. When the local power company’s lease was coming up for renewal Sladek launched a nationwide campaign and raised 6 million DM (about 3 million Euros) and bought the power grid so that she could break the monopoly of the energy companies.

Her company, Schönau Power Supply, uses power that is produced by local people’s wind turbines, streams, solar panels, and other sources that feed the grid. Sladek pioneered a pattern of green, decentralized energy production. She enables citizens to become private green energy producers and to sell their electricity surplus back into the grid, and to share in the profits. Most of the revenues, which reached 67 million Euros in 2009, are reinvested in renewable energy sources. Sladek also has become a speaker and educator, and has a share-alike ethic when it comes to spreading information about how others can embark on the same type of initiative in their locale.

In 2011, Sladek won the notable Goldman Environmental Prize (the world’s largest prize for honoring grassroots environmentalists) for Sustainable Energy in Europe, and is a fellow of the Ashoka “Innovators for the Public” institute that brings together social entrepreneurs, experts, and policy makers to inspire and support a new generation of local changemakers. 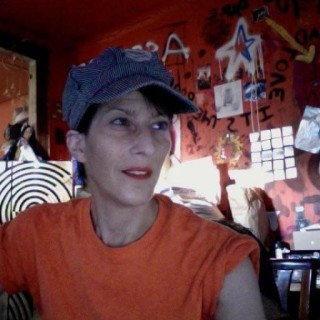